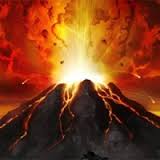 „And we taught the Class VIIIs that if you omit somebody’s Grades, they won’t make it. And what do you know, there was the biggest Grade of all had been omitted, and that was Dianetics. And with that Grade omitted, they weren’t making the Grade on up the line.”

Dianetics must be completed prior to the grades

“Dianetics came before Scientology. It disposed of body illness and the difficulties a thetan was having with his body. This was a Present Time Problem to the thetan. In the presence of a PTP no case gain results (an old discovery).” … “I found that Dianetics had been forgotten for a dozen years and was being given a light brush-off as a course and that auditors and pcs were trying to use Scientology grades to handle body ills such as headaches, chronic somatics and so on. – Man’s usual PTP is his body. So if one gave him gold ornaments he’d try to use them to cure his aches and pains. – Thus Dianetics was forgotten and unused and Scientology was being made to attempt cures. Thus they were, both subjects, busily being made to fail to some degree.

Dianetics as it now exists is so simple, so elementary and so broadly applicable to the body that it requires a real effort to complicate it or make it unworking. Keep the two separate in both application and use.” [HCO BULLETIN OF 22 APRIL 1969 Dianetics vs Scientology]

It is astonishing how auditors since the 1980s could be so easily convinced to place dianetics after the grades even though the original arguments from Ron had not been invalidated. Illnesses are a PTP for the PC. Beyond the PTP, there are no case gains. Dianetics is supposed to handle the illnesses before the PC can be audited on Scientology.

“All you have to do is make very sure when you train somebody to audit, before you put that certificate in his hands that you yourself are very satisfied that he himself has had case gains from Dianetics, and that he himself has brought about good case gains and can be counted upon to do so on his preclears.“ [Hubbard, LaFayette Ron: Lecture 29 May 1969 First Standard Dianetics Graduation – The Dianetics Program]

Every C/S has to be a good auditor first

„When you’re a good auditor, you can case supervise. When you can’t audit you can’t case supervise. That’s for sure.“ [Hubbard, LaFayette Ron in Cl. VIII-lecture No. 3 of 26 Sep 1968 The Laws of Case-Supervision]

Actually one should assume that this is so definite and obvious that it does not require any explanation. But that is not the case: Nowadays, there are a lot of people in Scientology on OT levels who had never received any Dianetics auditing; auditors who neither received dianetics nor have the ability to audit, and even C/Se for the OT levels who do not audit Dianetics themselves but send people to the OT levels!