I happily use the new 2007 issue of the Book Scientology 0-8 – The book of Basics, as this not only contains more versions of each scale or table, but always gives the reference on which each is based. An ideal tool for my study and research as I can refer to the original LRH works. This did not exist in the 1st Edition of 1970 or the later ones.

Very revealing the appendix, where you find a Chronological Index on pages 507-517 on all references contained in this Book of Basics. I counted the references for each year and got this graph from the table: 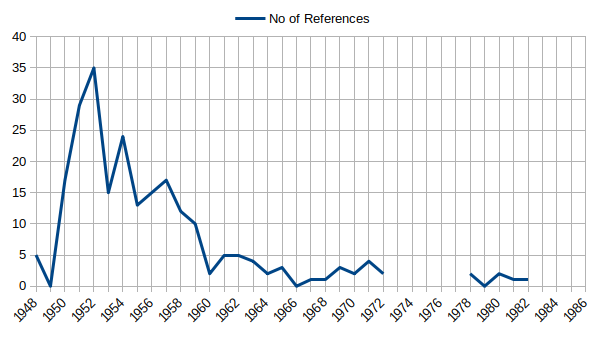 This clearly indicates, that LRH developed his basics only in the years 1948-1972. 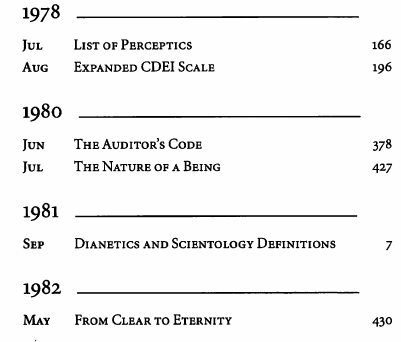 So even the current tech team, working for CST/RTC came to the same conclusion as I did: LRH finished his research in 1972. They did not find any later BASICS to publish in this Book of Basics.

Another publication in which the same team published with CST-issue authority their findings on 1972 is the Materials Guide Chart: I showed and commented on it in my video presentation:

Here are the Index pages of the Scn 0-8 Book, if you want to check my statistic:


And my summary table:

Posted in Uncategorized and tagged 1972, chronology.