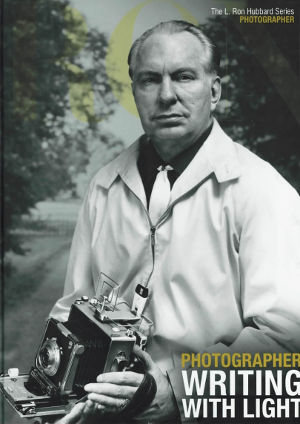 I looked into the new issue of „The L. Ron Hubbard Series – Photographer – Writing with Light“ (copyright 2012, see no. 1 to the right) and found a photo, where Ron seems to take the photos for the new „Volunteers Minister Handbook“ (VMH), which was published in the year 1976.
This photo had the subtitle „With Mamiya RB67 (a camera model), on location for shooting photo-essays, Curacao, 1975“. This document seems to contradict my findings, that L. Ron Hubbard was captured and imprisoned in December 1972 and never let free again. So I took a closer look at this photo as it would prove me wrong, when it can stand a closer look. 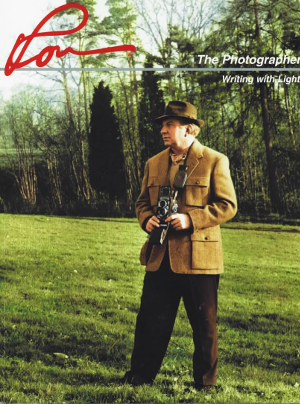 As I have a former issue of this „Biographical Work“ from 1999 (see no. 2 at the left), the first thing was to compare the 2012 photo with the one in the 1999-issue: And it was very revealing what I found and lots of fun. Already as a small schoolboy I enjoyed the game in the TV-magazines: „original and fake“. It showed 2 versions of a photo and one was faked, had about a dozen „errors in the copy“ and the reader was asked to find the errors and mark them with a circle. When all are found, one could win a price. I was good at it, a long time before I learned in Scientology, that it is helpful for your mental health to train in differentiating similar objects. An objective process, so to say.
So on the next page I will show you the two versions of the photo, the top one from the 1999-issue this can be found on page 74,  the bottom one from the 2012-issue on page 160.

Try to find the differences yourself, before you see the solution on the next page: I found at least 8 „errors“. 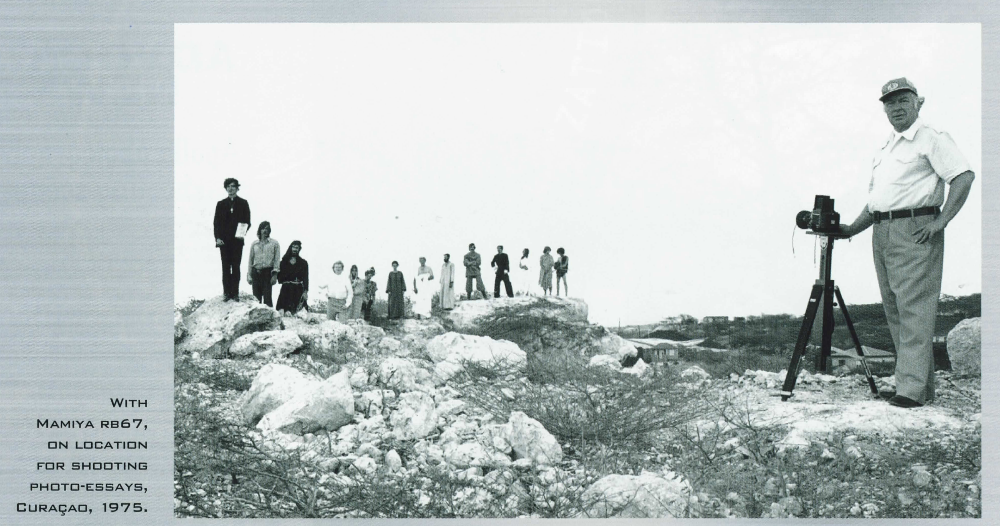 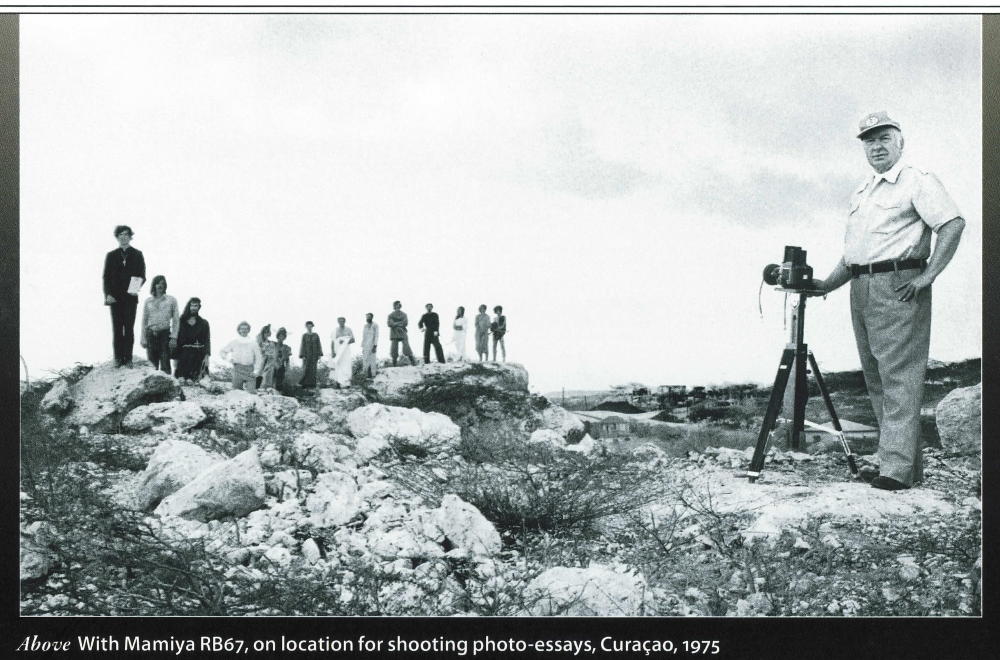 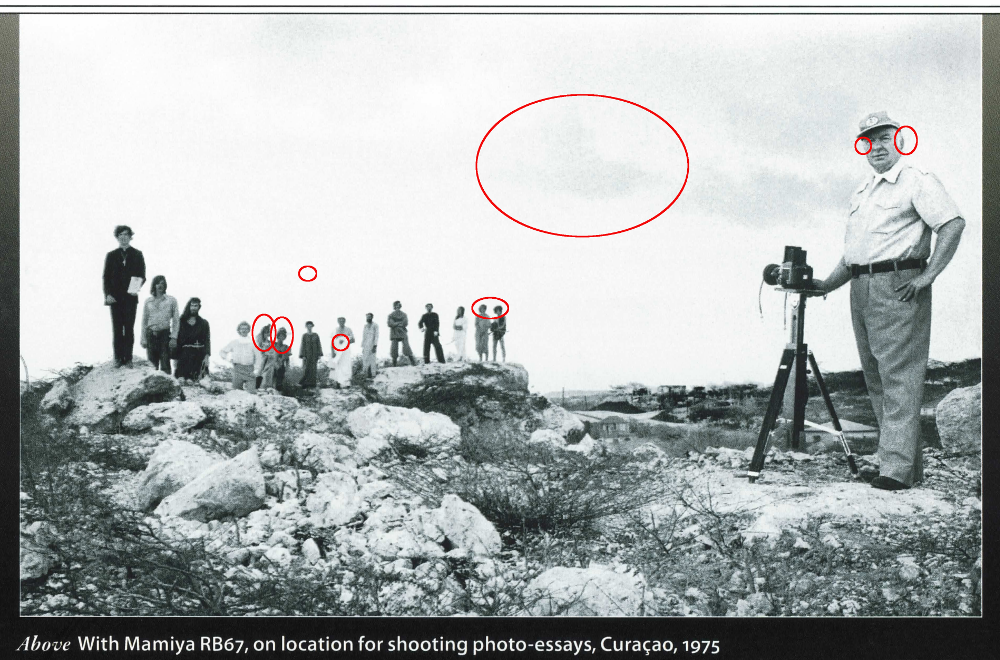 Did you find them all? Did you find more than me? Then please send me your findings.
Obviously this photo is a work what is called Photoshop-ping or Photo mani-pulation. So how far did they go? Did they just improve the quality of the photo for the 2012 issue of the mag?
But the „ear of LRH“ is very revealing. So could it be, that there was no LRH in the whole scene, but that he was just „photoshopped? in to the scene“?. So I looked up in my VMH the photo that was taken in 1975, that is shown here (my German issue of VMH, copyright 1980): 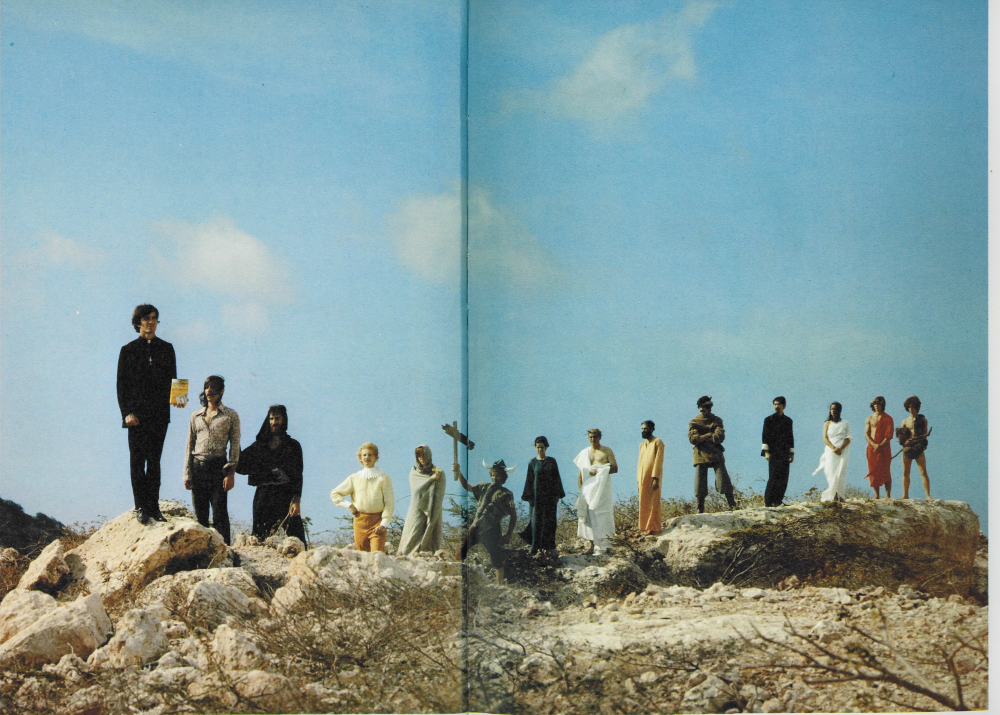 You can download this here: http://freiescientologen.de/docs/VMH-pg-LX-2.png
Do you see the big fake? – I had needed a long time to get it. I reveal it on the next page: 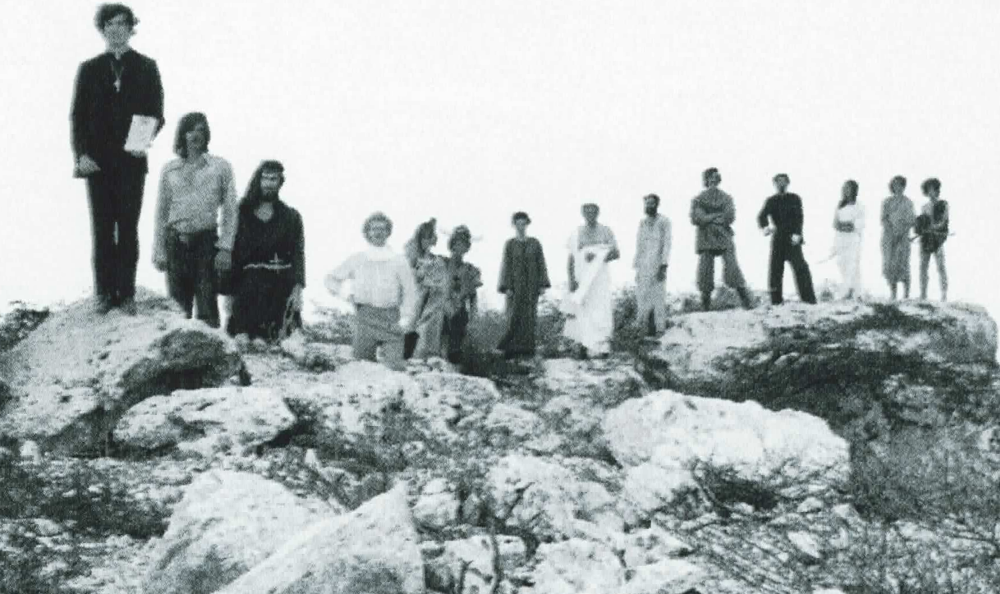 The 2 photos are not the identical shot. This is not to be critized. But they have been shot from the same distance and angel and within a few minutes. The people are still on the same position, moved a small bit.
Downloads here: http://freiescientologen.de/docs/VMH-pg-LX-2-Ausschnitt.png and http://freiescientologen.de/docs/RonMagPhoto2012pg160same-size-with-VMH.png
I made an extract of the same part of the 2 photos to point out the big difference in the foreground: take a look at the stones and bushes: There you are! Total different. Not here and there a few changes. No, the whole foreground was replaced. And for this there is a good reason: If you want to photoshop another person into this photo, then you have a problem with all these rocks and bushes: too much structure, you can not find a line where to connect these 2 photos if you want it to look as one original. So they had to replace whole foreground and thus the new photo looks more or less authentic: Although my first impression was, that L. Ron Hubbard is too big compared to the other people as he is not sooo much more in the foreground. But this might be an opinion and might be rejected. Of course we could ask a photo professional and he might confirm it with his computers and calculations on lights and shadows and relations and such. But would that communicate to you, the reader? Perhaps not. But the erasure of the rocks and bushes and the replacement of same with other similar ones, just to be able to get the 2 images together. This reveals all! There is no doubt left, this photo is a fake, L. Ron Hubbard does not belong into that scene.
If I had only this to prove my point, that L. Ron Hubbard was not available any more to his family, his friends and his Sea Org Members, then perhaps you could went on and ignore this small outpoint of a faked photograph. But together with all the other evidences gets this analysis a major importance: There are no real, unaltered photos of L. Ron Hubbard since January 1973! There is no proof, that L. Ron Hubbard was still around and free to communicate to us since his imprisonment on the 4th of December 1972. And a lot of proofs, that all the appearances of his presence are all created to cheat you, lie to you and give you one false data „to think with“: „LRH was still there among us from 1973 to 1986 and was active and responsible in rewriting, revisioning his work himself. There is no takeover team of the US-government and you can relax and go back to sleep!“
– End of Article –

Disclaimer: This is a small part of a bigger work, do not reject the analysis and its overwhelming conclusions without looking at the other parts of this work.