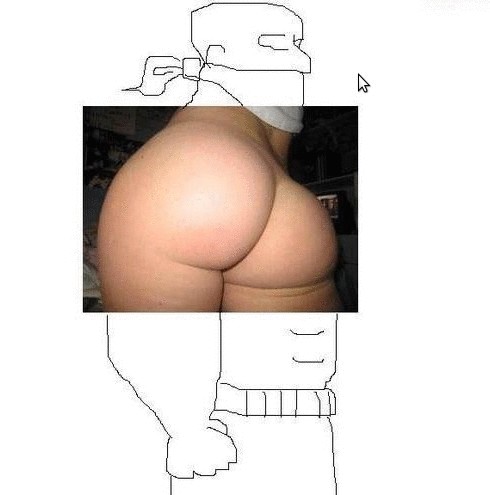 I just found this interesting report or anecdote by former ED Int Bill Franks, which I will quote in full. He seems to be very ARC-broken with LRH and Scientology. Readers of my Blog recognize the obvious reason: his MU about “LRH since 1973”. He did not realize, that he was cheated by a Doppelgänger. Although his report gives enough data to question the scam. I will put my comments in green between his lines, all in italic font is the pure and uncensored quote. It was originally posted here in Forum.ExScn.net on 3rd February 2011:

Here is my story about brainwashing

As you know I have tried unsuccessfully to get this posted elsewhere. I have tried also to tell this story many times since it occurred to me that it might be helpful, but it does not seem to be of interest or there is a lot of apathy out there which is certainly understandable. I retell this here as it is about the tech and I think its useful in explaining a lot of what has happened over the years.

Secondly, a little about me which might put things into perspective as to why I saw what I am about to say as very significant and in a way horrific. I was in the SO for a little under 14 years (since 1967). I attained the “rank’ of Lt. Commander through promotions only by Hubbard. I was OEC and FEBC (trained by Hubbard) , HSDC, Class nine when I left in December 27 1981, as well as DSEC, Nots auditor, plus assorted other stuff. I was OT five plus nots, plus sec checked up the wazoo over the years. I also audited between 3-4000 hours conservatively speaking-probably much more, a lot of this was under Hub as the C/S. I spent about 3 1/2 years working with Hubbard pretty directly on the ship at various posts. I got to know him as well as anybody did.
My last position was Chairman of the Board and ED Int both by directive of LRH personally. 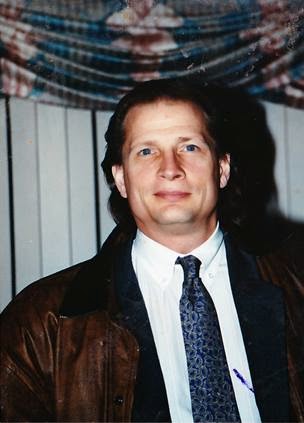 Thirdly and to the point of all this preamble, on one night in 1974 I found myself in David Mayo’s office in the tween decks of the Apollo.
It was very late or early in the morning. We were, I believe in the port of Safi, Morrocco. A student of mine, I was currently D of T and Mayo was Flag Snr C/S, had blown. Hubbard was extremely angry (That was the time – years after the true LRH left in 1972 – when lots of Scientologists report about an angry or even raging Hubbard: This was the Doppelgänger, not the uptone LRH we know) with us due to this blown student of mine on the FEBC program. In an attempt to show Hubbard what we had done to handle this guy we collected up all the sec checking that he had received over the last 2 months, it had been a lot poor guy, and presented it to him along with an outline of this student’s progress on the courses he had taken. (And now do not think, that Bill Franks met LRH in person for this: in these years that was forbidden: “Do not bring your body with you, when you just want to relay a communication” – He mentions later the dispatch line) We had also wanted to show him how we had been careful that he hadn’t gone by misunderstoods, etc.

We waited and waited and about 0300 hrs a messenger came down with a Despatch written by LRH. My memory does not recall any folders being returned. The despatch was entitled Very Confidential underlined. “He went onto say that if you or Franks ever reveal any of this information that I am about to reveal, the consequences will be severe for SCN.” (LRH, who always insisted, that there should be no hidden data line, now introduces a hidden data line? What for? What should be the purpose of this secret communication?)
He then wrote “a person does not blow due to Overts or Witholds. He blows only due to ARC BKs”.
“However, If any of this information ever became public, I would lose all control of the orgs and eventually Scientology as a whole.” signed “LRH” (incredible: why should LRH invalidate this data of “cause of any blow are O/Ws”? – Every experienced auditor knows, that this is true. You can not always find such an O/W, when the person is willing to come in session, you usually also handle his urge to blow. That does not mean, that one can not disconnect from a suppressive place or position: that is no blow but a rationale decision and pure survival. We are talking about a Blow, a reactive departure of any dynamic belonging to you: your family, your job, your group… A good rudiment session can handle that and lots of auditors and PCs have reality on this. Whether “LRH” recants the datum or not. But it makes sense, that the Doppelgänger wants to invalidate this revealing datum: As he has lots of missed withholds as he mocks himself up as LRH and wants to deceive the people around him. He is blowy: does not allow personal contact to “old friends” or even family. Due to his withholds. Makes much sense.)
Both Mayo and me looked at one another completely incredulously. I cannot speak for Dave but I was completely flabbergasted as I realized at that point of digestion that he is talking about something that 75-80% of the tech is premised upon. Furthermore, the OEC/FEBC was currently anchored by the latest” development” at the time -being the L’s, L-10,11, & 12.which for those who don’t know is about OW’s. I don’t believe Mayo or I talked about this again until we were out where I saw him at his auditing facility in Montecito, California in 1983. I believed we were a bit shell shocked about this. (Dear Bill: Perhaps you had the experience of seeing something that was just “a little bit wrong” and instead of explaining it away to yourself you should have “pulled the string” to find out what was behind the outpoint. You should look for yourself. Then you, as LRH described in the Data Series, would have pulled the string by looking, research and collecting evidence and found the “General Sherman Tank” behind the string of outpoints. You found what was really happening: LRH was imprisoned in 1972 and replaced by a Doppelgänger (supported by lots of other agents – google for COINTELPRO, a standard procedure by FBI to destroy “enemy groups of the state”), who had the project to take over Scientology and distort it, so that no Clears and OTs are done any more.)
As for me, I began to see more and more that Scientology was merely a big prison camp. I stayed in for another 7 plus years but I was always mindful of this and always had in mind changing this “tech”. I believe it is the key to what we have all seen and experienced as brainwashing. (What you observed since 1974 was not “Scientology as a big prison camp”, it was the take over of Scientology by the enemy, ARC-breaking everyone, downgrading, alter-issing the tech, suppressing the dissemination, denying the Bridge, invalidating upstat Scientologists, and so on. It is easier to see the beginning now with rearview. In those days it was easy to cheat people, as the lie was so big and unconfrontable.)

That is all. I hope someone who want to use this will do so as there is no doubt that there is good in the tech it is just a matter of where is it. (Thanks Bill for your report: it helps to find the beginning of the Group Engram of Scientology: The plus randomity you have been a witness of. All the illogics and suppression. We now have the time and comm lines to confront that earlier beginning of the take over, which became obvious in 1982, when you had seen the schism of Scientology at the Mission Holder Conference. We will as-is this engram and by this rehab Scientology to its original tech and purpose: to free every being and all mankind.)
How do you sort out the good and the bad and at the same time keep the good without throwing out the baby with the bath water.
I regret that I could not fix this during my tenure.