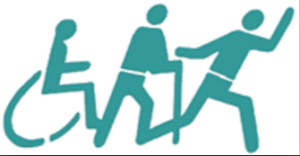 3 19.06.78 OBJECTIVE ARC1)As an objective process, NED-Serie 3 OBJECTIVE ARC does not belong to dianetics anyway and is only supposed to give the series one more edition so that it actually looks like something.

When you research the changes by NED of the standard Dianetics, you can find the following areas:

1. Changes in the pattern by NED series 6 and 7. This has already been thoroughly explained by me in FSB 20050130R I Forget NED! Rehab the Standard Dianetics’ Talk Procedure, and I have shown that Dianetics can be destroyed by that alone.

2. Miscellaneous NED rundowns according to NED series 9 to 15 that have already existed before as HCOB’s or C/S instructions. Nothing fundamentally new.

3. Assessment and pre-assessment consist of NED series 4, 4-1 and 5. The former white form or health form have been replaced by the similar OAS. NED series 8 shows how to bring the OAS items in sequence. This is from 1971. From this order, the NED series 2 New Era Dianetics Full Pc Program Outline and NED series 16 Preclear Checklist result (which only gives a short overview of the steps from the NED series 2).

4. The postulate as EP indicator. Several auditors believe that even the fourth requirement for a Dianetics EP is an essential part of NED. The HCOB 16. Sept. 1978 Postulate Off Equals Erasure seems to agree with that. However, this emphasis on the basic postulate is much older. First of all, we find this data in the HCOB 18. March 1978 Postulates And Engrams, including reference about the author: CS-5 (JE) and previous links to earlier references, especially HCOB 20 Aug 63, R3R-R3N The Preclear’s Postulates. The latter shows that this is not a new idea at all but part of R3R to begin with.

So not really any new substances but a lot of fuss (NED series 1) about a “New Era”. And just like with the “Golden Age of Tech”, the “New Era of Dianetics” meant an invalidation of auditors. For the first time in the history of Scientology, auditors did not simply get trained further in the latest data but their training was fully invalidated. Instead of just studying these two dozen HCOBs, experienced standard dianetics auditors were expected to have studied the NED course in order to be up to date:

„Persons who try to run NED who haven’t been certificate trained on NED are actionable regardless of their class.“ [HCOB 10 Sept. 1978 NED High Crime]

NED falls into the time area when the book “Dianetics Today” had been on the market for three years. A textbook about Standard Dianetics that created book auditors. It did not just include the entire material of the HSDC course but also data about case supervision of Dianetics. – This book has also been taken out of circulation due to NED, and never been republished in the following 40 years. In the preamble, an auditing price of $50/hr and a price of $500 for the HSDC course in the USA is mentioned. With that you have to consider that the basic study manual (BSM) was the only requirement for the HSDC course back then! Today you have to study 10-12 major courses before you qualify for the NED course. That is quite a lot of stops on your way to being a Dianetics auditor when compared to the book auditor chance of 1975.

Even before NED you took the original item of the PC as a starting point (e.g. sinusitis) and had to find one or more running items (e.g. pressure pain in the head, twitching under the eyes).

The pre-assessment puts a via into the inherently simple procedure. Instead of a simple 2WC, the auditor now needs to assess and put reads on the list of all somatics (pain, sensations, feelings, emotions, attitudes, etc.). Then he needs to ask questions about the reading somatics, e.g.: Which attitudes are connected with sinusitis? – The PC responses have to bring good reads here as well, otherwise they will not be pursued any further. Finally, four flows are formulated from the answers that also need to read before they are audited.

I do not want to claim there aren’t any experienced auditors who can successfully find running items in some experienced PC’s. But assessment is simply level 3 material and not a qualification that should be expected of a Dianetics auditor. Even a beginning auditor will, with a bit of 2WC, be able to find which running AESP item is showing of an original item in a green, non-experienced PC.

But it is not unusual for a PC with, e.g. sinusitis and a pressure headache to not get a read on pain or pressure conditions during the pre-assessment because the entire assessment seems unreal to him and he is just waiting for the auditor to start auditing. And if there are no reads, the auditor will never get the chance to ask: “Which kind of pain is connected with sinusitis?” – So he will never find out that the PC has horrible pressure headaches.

All assessments can be a nice thing if they communicate. If the auditor has good TRs and the PC is interested in good answers during the assessment. But if the assessments go over the PC’s head, there won’t be a result, except wasted auditing time.

I am not against a pre-assessment if the auditor and PC are successful with it. Then it can very well be a fast and systematic approach. But otherwise, you should just give up on the procedure and go back to the good old 2WC, where the auditor just asks the PC which somatics or AESP’s are connected with his original item.

So NED has fulfilled two tasks: Firstly, it has elegantly taken “Dianetics Today” out of circulation so that there is no way for book auditors to be created and, secondly, it has deformed the Dianetics training in the Scientology Church in such a way that it is almost impossible to successfully audit.

The result is visible today: There are almost no Dianetics auditors left (neither in the CoS nor in the Free Zone) and those who do exist rarely audit Dianetics. Thus, the most powerful thing2)For the special importance of Dianetics, read FSB 14. 4. 2005R Basis for PCs, auditors and case supervisors – Dianetics. about the works of L. Ron Hubbard have basically been eliminated.

Have fun with Dianetics!