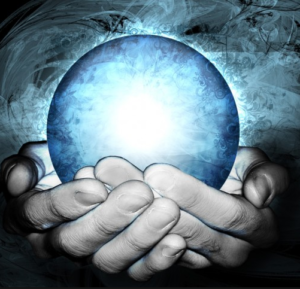 For Christmas I’m going to allow myself an LRH lecture from June 6, 1955: What Scientology is doing – in which he dared to state a prophecy about the development of Scientology.

I will present some excerpts from the text in the following (in red) and state my comments in the footnotes:

We need a better social order and not one or two better individuals and a better organization. And when an organization gets into the fantastic level of being above reproach1)This is nowadays reached by the misuse of the reference of “critical PC”. Nowadays, almost no one dares to express appropriate criticism because the stimulus-response-mechanisms sets in right away: Criticism = missed Withhold. – By excessive use of this criticism defense, the Orgs have “put themselves above reproach” and, therefore, allowed the new management to steer the course of Scientology into the opposite direction without criticism. , or when an individual sets himself up as so infinitely superior to his fellow man that he cannot be touched2)This reminds me of my first encounter with David Miscavige in the AOSH EU in Copenhagen in the early 90s. It was very disconcerting that he was protected by bodyguards who were armed. D.M. makes himself “unreachable” with that. Now it could not happen that a Sea Org member starts to see through him and maybe even convinces one of his execs in an AO to bring D.M. to the meter and conduct a Sec Check. – Not for as long as he is protected by strong and well armed bodyguards. No chance! Unreachable!, chaos, no matter at what distance deep, is bound to ensue. …

And when helping one’s fellows becomes a specialized action, to be performed only by the anointed, to be performed only by somebody who wears the right star, badge, or sign, man’s dead3)This does not only count for laws that protect orthodox medicine which is spread and used in a lot of countries to attack people who can really heal others. Just recently used against the cancer specialist Dr. Hamer (new Germanic medicine) and the vitamin pope Dr. Rath. Scientology had established itself as a church to get away from such attacks. – Now the new Church management attacks (almost) every scientologist as a squirrel who still dares to audit. Surely they will be able to prove a mistake in everyone who does something. You simply need to exaggerate something and you have a squirrel: Hunt him! – Because only auditors trained and certified and controlled by the Mother Church are allowed to practice, no one else!. Because the best of man comes into being when he is willing to aid and assist any of his fellows and is permitted to do so.

We allow any dog to come around and sympathize with us when we’re hurt, and even in a cave society they let a dog lick the wounds to help it heal. But not in this society! And when men are made to feel that they do not have a right to aid and assist their fellows, but that Joe or Bill or somebody down the street is the only one who should be permitted to wave a magic

wand or rattle a magic healing crystal, somebody had better look at the society real good because it’s not a well society4)And not a healthy Scientology Church either that discourages auditing if it is not “done perfectly”.! Do you see that clearly? …

But I would be a very sad man to realize, after years of work that we had created not a greater freedom in the society, but a stronger and more powerful organization5)Sad but true: We have powerful Orgs today in alliance with the US government (and a secret coalition contract with the US revenue office IRS, according to which the Church uses Sec Checks to deal with tax evaders). And the more powerful the Orgs are becoming, the less auditing and training takes place. in place of existing organizations. …

We could at this time put together an organization or a group in Scientology sufficiently strong, sufficiently powerful, to run over everything it came to. This would be a fascinating thing to do. Be a game in itself.

And then someday, me gone6)And Ron had already lost his influence on his publishing lines HCOB’s, HCOPL’s in 1973, as later stated in the HCO B Jan 24, 1977 TECH CORRECTION ROUND-UP. Even later on, he was not able to regain this influence, assuming we can believe D. Miscavige: Because, since 1978, the entire Tech and the Bridge has been rewritten by a tech team under David Mayo who claimed to have been announced Snr C/S Int by Ron. But he never showed the statement of designation: not in the Church and not in the FreeZone either. Mayo was fired but his Tech (NED instead of standard dianetics, CCRD instead of Clearing Course, NOTs instead of the original OT-levels etc.) remained: because they were “approved by LRH’s telexes.” LRH who “was unreachable” (see above). LRH’s single Comm-line to the Church was via Pat Broeker who later became the strongest man in Scientology with a faked LRH issue after Ron’s death (FLAG ORDER 3879 from Jan 19, 1986 THE SEA ORG & THE FUTURE). Two years later, D.M. declared him a fraud and forger and disempowered Broeker, as we know from the following reference: FLAG ORDER 3879 by David Miscavige on the 18 April 1988 „FO 3879, THE SEA ORG & THE FUTURE, CANCELLED“. So if Mayo and Broeker are frauds, squirrels and oppressors, why is the Tech that has been changed by 180º since 1978 and can only be from Ron if you believe these “confidants of LRH” still valid today? — And reversed: If you really believe these “confidants of LRH”, has David Miscavige not been convicted of villainy and hostile takeover of the Church? However you turn and twist it: In the 70s, there was a takeover of the Church by the powers mentioned above and predicted by Ron in this lecture in 1955., other guys gone7)His hints to the thousands of arbitrary SP-declares in the early 80s to completely free the path for the new management. Contrary to the claims and the LRH policies, there are no review possibilities for these and subsequent unfair declares. , all of a sudden there sits this thing, this organization. And somebody8)Since these large boots have been uninhabited so far, I will take on this task that Ron has left with “somebody”: Overthrow this organization! has to rise up and say, “Auditors of the world, unite. Overthrow this monster!” And everybody would see it go down very plainly. See, down it’d go9)This is a powerful posit by LRH that you can only endorse: And this is how it will happen!. Then they’d say, “Fine. Now we are free.” And they would get another handful of letters canceling their certificates10)The canceling of the certificates was a method back in the day that was ahead of the SP-declares. Ron is also hinting in a funny way that this method of justice had already been used excessively and unfairly by bad guys back then. .

I tried to look far enough in the future to forecast and predict what might be, so know that, not to do too many things wrong. You must allow me some percentage11)The “separation orders” are not part of Ron’s mistakes as he has clearly voided those in the HCO PL Nov 15, 1968 DISCONNECTION CANCELLED (only found in the old green OEC, not revised or cancelled since, though). The disconnection is a really important tool of the takeover tool: Not to suppress the SP-declared (he doesn’t care) but to protect the “people who stayed at home” of the “poison of truth”. The disconnection isolates the “members in good standing”, not the “SP’s”. .

And as I look into the future I see that we are handling here material of a potential control and command over mankind12)That is why the OT materials should never get into the wrong hands. Today that is exactly where they are. And they are being used to create media campaigns, such as the twin tower attack, with the highest re-stimulation effect. which must not be permitted at any time13)He doesn’t say here who is responsible for not allowing it: But we know it from the HCOPL KSW 1: Every single one! Because that is the price of freedom: Constant alertness and the willingness to fight back. And whoever misses that, doesn’t pay the price and, therefore, won’t reach freedom! to become the monopoly or the tools of the few to the danger and disaster of the many. …

And I believe that prediction is right. And I believe that the freedom of the materials which we know and understand is guaranteed only by a lightness of organization14)Unfortunately, we haven’t had this for a long time: rather a suppressing organization. , a maximum of people15)Today, the management is rather seeking a minimum of people: by thousands of invented reasons to deny the bridge, by prices too high, by salaries on a level next to 0 and thousands of SP-declares for the best among us. Did it ever hit someone who would have deserved it? No!, good training16)The Golden Age of Tech has levered out the study-tech and is therefore barely producing any new auditors. Not even all old hands have come through the GAT courses and, therefore, tolerate cancelled certificates or leave the Church to continue practicing outside of it: “Squirrels!” and good, reliable, sound relay of information. And if we can do these things we will win. But if we can’t do these things, sooner or later the information which we hold will become the property of an untrustworthy few. This I am sure, because it has always happened this way. But that’s no reason it has to keep on happening this way17)So far, we can still turn tack: Make the takeover public, rehabilitate the changed tech by application of KSW 1-10 and deliver new, pure Scientology. . …

Scientology, well understood, is a very powerful thing. Well used, it can do a great deal for the social order and for the individual. Poorly relayed, poorly communicated, monopolized or used exclusively for gain, it could be a very destructive thing.

Let’s not let it come this far: Ron has left us with the bridge: it works the way it was described in the first edition of the old Red Volumes. Let’s face it: then nothing is impossible!

All the best and a Happy New Year 2008 sends you